Much simplified version of BitTorrent.

There are 4 different “actors”:

The homepage has a listing of the average sentiments of the videos you’ve previously found, as well as their average comment sentiment. 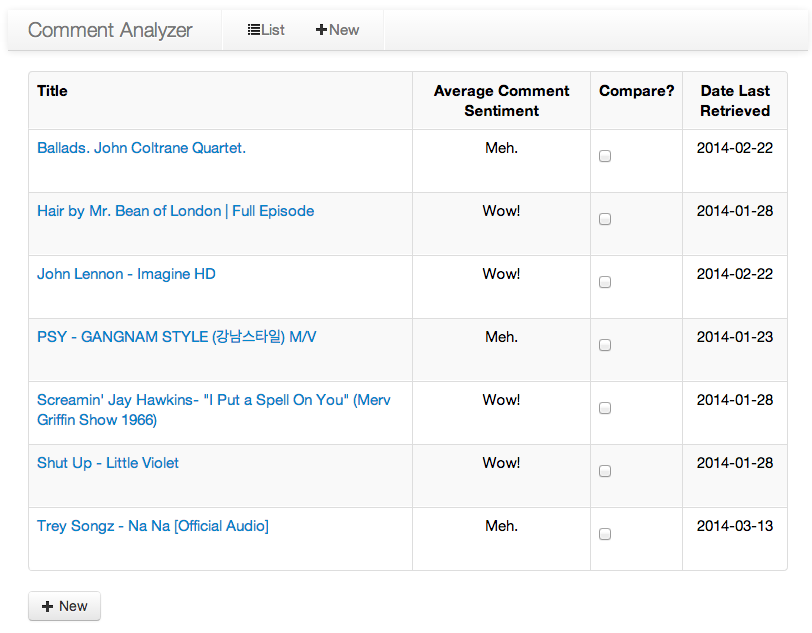 When you click on a video on the homescreen list, or after you search for a new video, you get to that video’s detail page.

Depth = 1 means that comment was posted in reply to another comment. These comments are retrieved from a completely different database (GooglePlus API) then the base level comments (YouTube Data API v2), and responses to GooglePlus comments do not contain which comment they are a response to in their metadata. So for now, I am represent any level depth of commenting as level 1.

This sentiment analysis is performed by the Stanfords Recursive Deep Model for Semantic Compositionality, which boasts the ability to detect sarcasm etc. I think in the case of YouTube comments, something similar, like sets of known “Good” and “Bad” words would have worked better than this very sophisticated model because the comments don’t usually follow normal English tree forms. 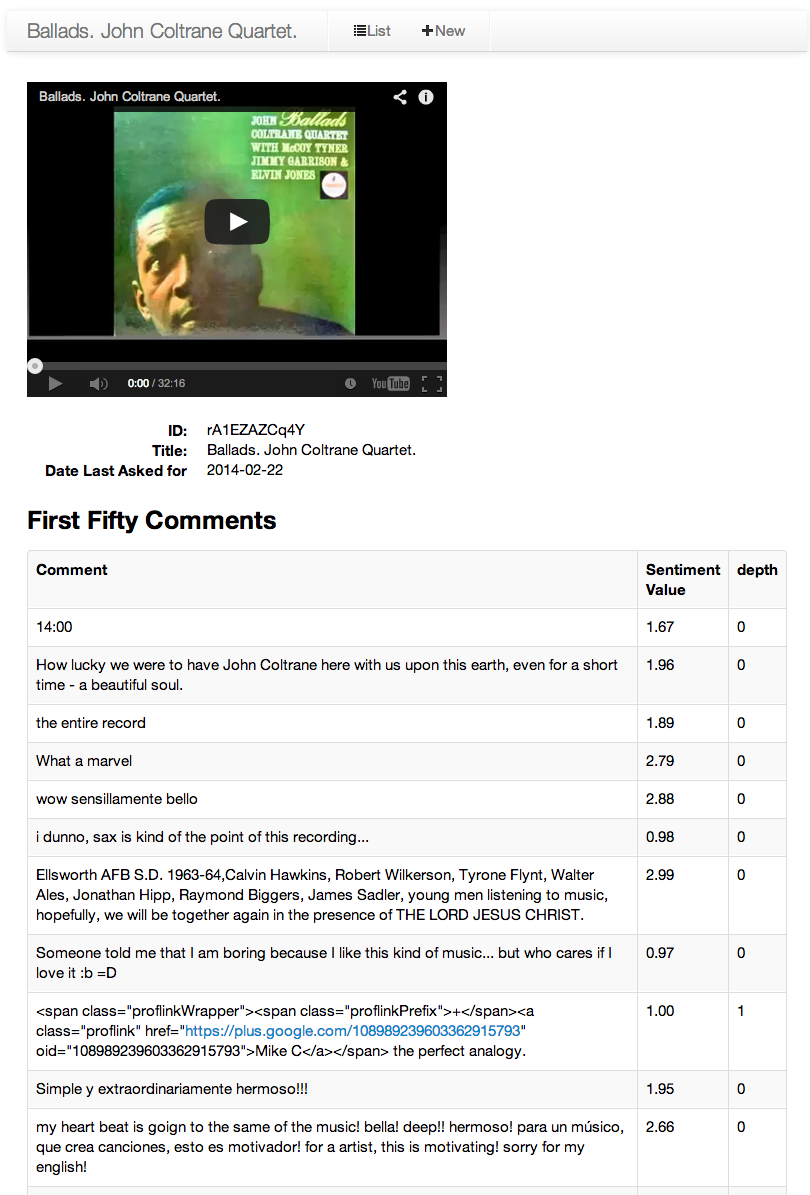 By clicking on the +New button, you are promped to enter the URL of the YouTube video for which you would like to retrieve, analyze the comments of, and add to the list on your homepage, e.g. https://www.youtube.com/watch?v=fbAohexT0Ho. 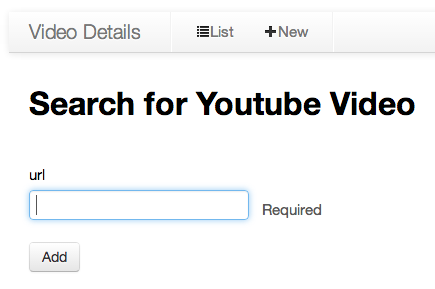 Each stored video’s detail page, also has a -delete button at the bottom, for removing it from your homepage.

It’s multiplayer-ready game, but currently only works for a single person against the computer. I made it to have a game to hook up to playframework and make it truly multiplayer via websocket. That’s still TODO though….

It uses Bootstrap because I don’t know any better and jQuery because it makes the code look cool.

Here are some screenshots of the game in action 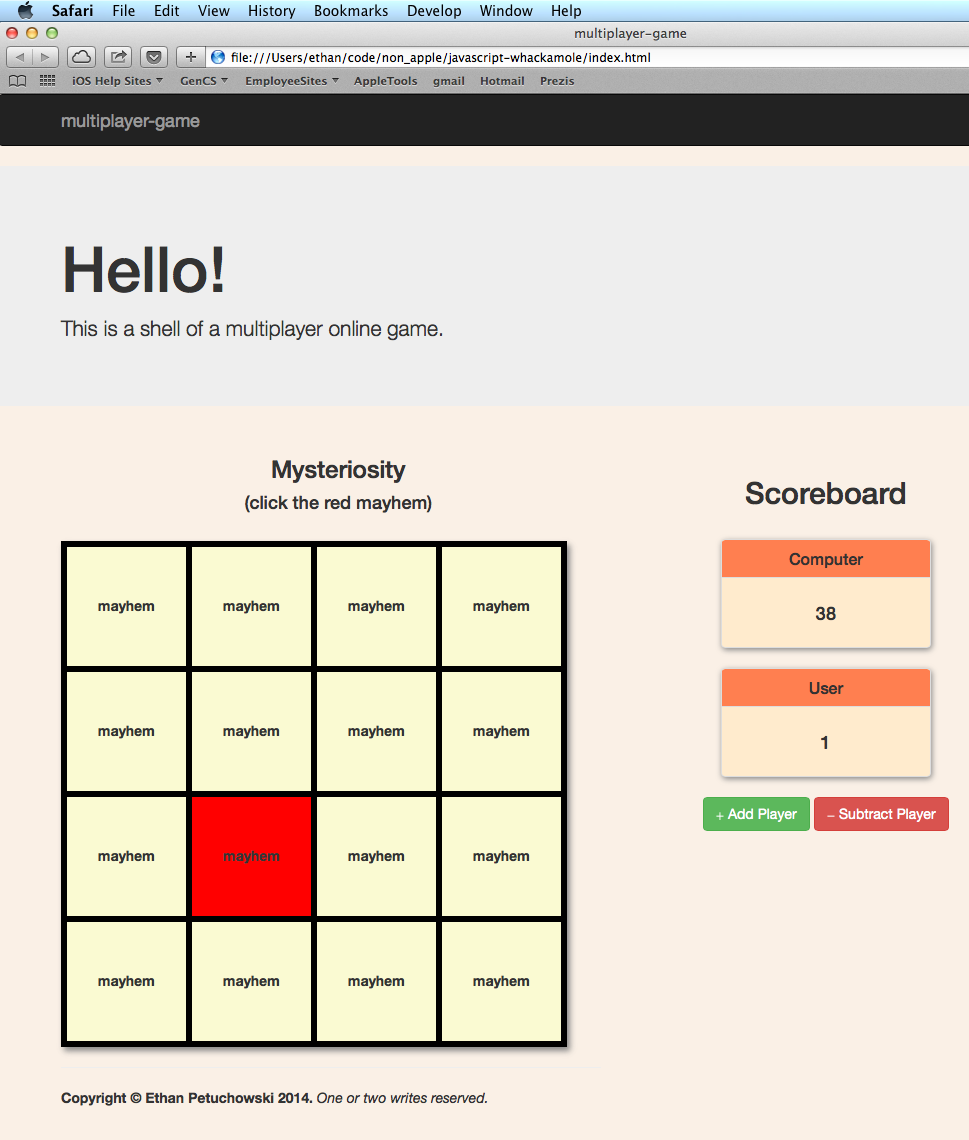 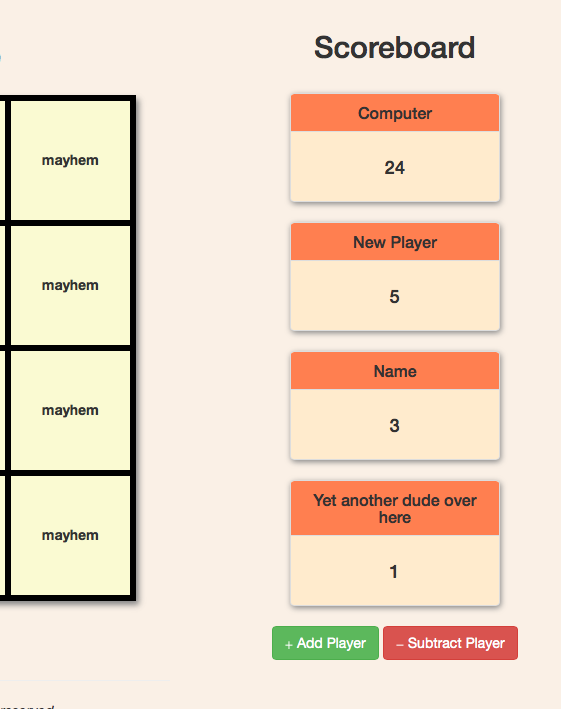 First, use WebRTC to record audio from client’s microphone into a Javascript Blob in the browser. Then upload the Blob to the server and store it as a file with Django.

This is a utility method for those times when you have a bunch of log files that you need to collect data out of, but they don’t always come in the same directory structure. Or there is a bunch of logged data files and you only want the ones with a particular filename prefix/suffix/type. This utility will allow you to easily and readably express the given directory structure and return to you a list of the absolute paths of only the files you want.

Given this directory structure

but where’s the fun in that?