I’m in the 3rd week of Functional Programming Principles in Scala course on Coursera, taught by Martin Odersky, the creator of Scala. The class has been surprisingly awesome so far, but one thing above all struck me as impossible: the “functional” implementation of the union of two immutable binary search trees.

After an intensive investigation, I eventually determined that this operation performs what I’m calling a ‘post-order insertion’ of the elements of this (non-empty) IntSet into other.

The only thing that’s non-obvious is the union method I mentioned above. The reader should make sure she understands the other methods before continuing.

At first I wondered, “What sort of tree is produced by the union of two IntSet?” Given fact that the contains method relies on the tree being a Binary Search Tree, I wondered how this method could possibly retain the sortedness. The short answer is that each element of this is passed through incl to be inserted into other. In the process, I noticed a number of properties of this operation.

The best explanation I’ve got

Some preliminary properties of (A union B)

By post-order insertion, I mean we do a post-order traversal of A, inserting each element into B.

This is simply the definition of union on Empty.

Counterexample: the IntSet produced by

Inserting nodes from left into right with the incl method will produce a tree where every element of left is hanging off the left edge of the leftmost element of right.

We know every element of right is greater than every element of left. Therefore each element being added to right from left will travel strictly leftwards through the right tree before being deposited.

other is left fully intact in the returned IntSet

Recall that other is the IntSet operand on the right side of the union operator. This is explained below.

Watch the operation unfold (this is the meat)

Let’s think of the union operator in terms of how it get’s rewritten.

So from these few steps we can already see quite a few important things:

What remains to be determined is the order in which these incl occur.

Short example of union in action 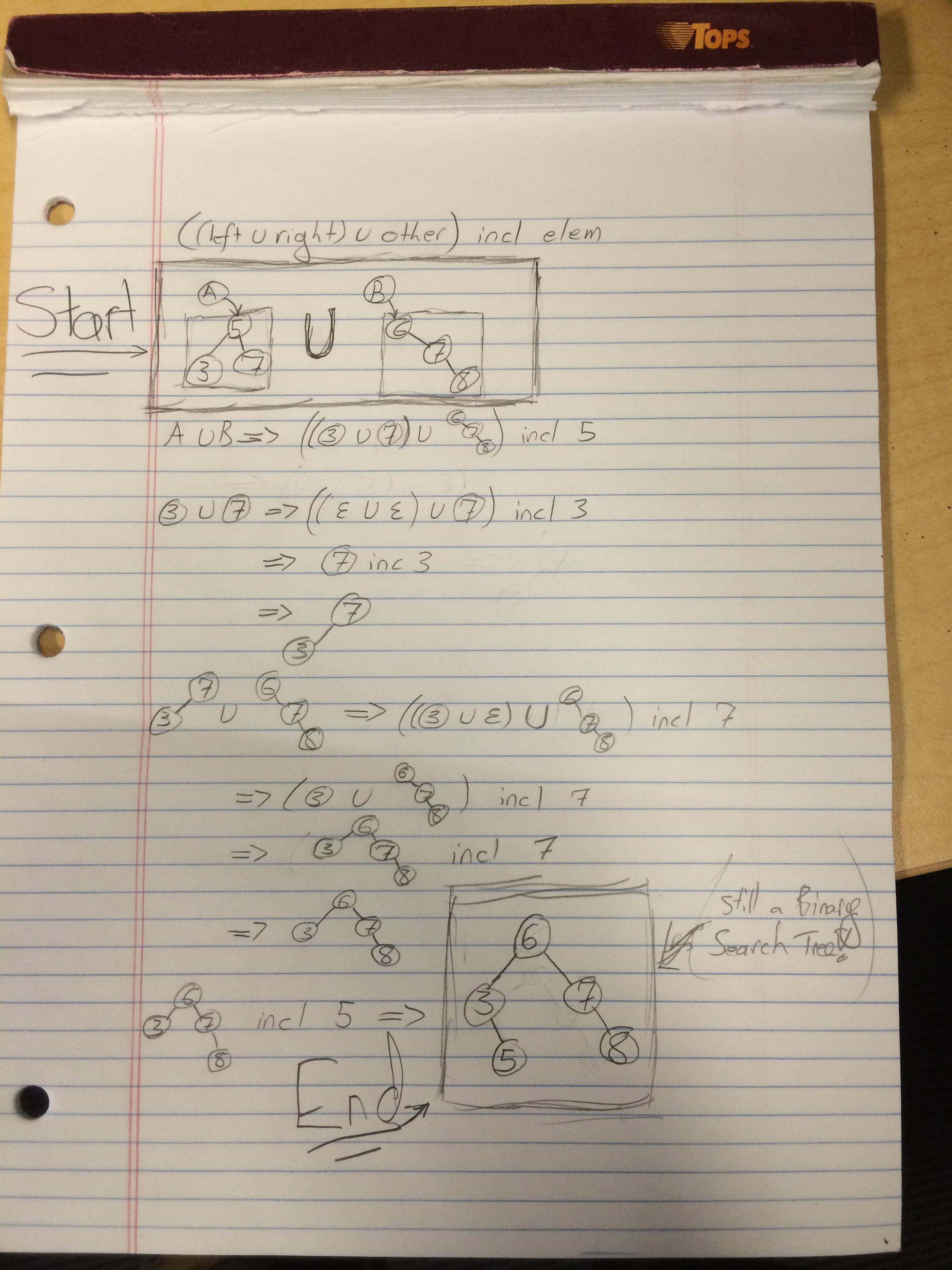 Perhaps the notation of this example is a bit hard to parse. Well ain’t it darn fortuitous that I’m here to explain it.